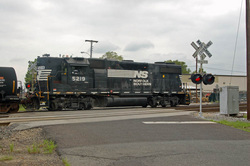 The GP38-2 was built between January 1972 through July 1986. This locomotive is used for locals along the line where branch lines are located. It can also been seen in a freight train behind the lead locmotives. No it is not in dead tow either. In fact most are running as extra power on the trains. 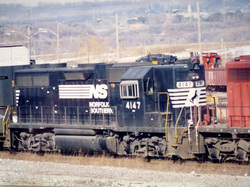 The GP38AC was built between February 1970 through December 1971. It is used the same was as the GP38-2 I do believe. If I am wrong please let me know. I really don't know to much about this locomotive. 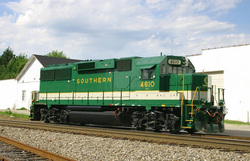 The GP59 was built between 1985 through 1989. This locomotive was used on freight trains I do believe. If anyone has information on this locomotive please let me know.

Photos - NS Roster
Site with lots of pictures and information about Norfolk Southern Railroad. All photo's are the property of the authors and there for are copyrighted